A frequent participant in the public debate in Denmark since the mid-nineties speaking out against xenophobia, supression of minorities and the undermining of civil rights in general.

Also a poet whose online-poems can be found at Polifilo.dk, and a photographer of nature with hundreds of online-photos from Denmark: Danarige.dk.

Rune Engelbreth Larsen has written or contributed to several books in Danish on political, cultural and historical topics, e.g. The Terrormyth and the American Empire (2003), Matrix and the Gospel of Disobedience (2004) and The Cartoon Crisis (2006).

Amongst his latest books are The Renaissance and the Roots of Humanism (2006), Enlightment and tolerance (2009) and Freedom and Justice (2011).

A recurring theme in many of the writings is the need of a new and genuine humanism for the twenty-first century, inspired by historical foundations in the Renaissance, especially the Italian Renaissance, although the word itself wasn't coined untill the early nineteenth century. However, from the roots of the socalled renaissance humanism stems an accentuation of education and skills within several fields of knowledge, as well as a pluralistic approach to culture that revives and reevaluates aspects of classical culture in a synthesis with various christian traditions.

Rune Engelbreth Larsen advocates a modern panhumanism that denonuces socialism and liberalism alike and calls for a pluralistic view on society as well as an individualistic view on man as the basis of cross-cultural understanding and respect.

In various essays and comments on Panhumanism.com these views are elaborated in more philosophical and political detail.

Rune Engelbreth Larsen lives with his wife and three children in the city of Aarhus. 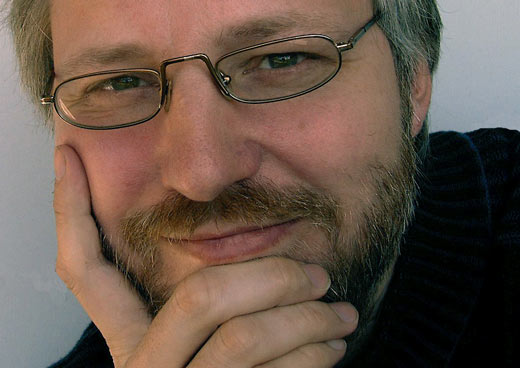